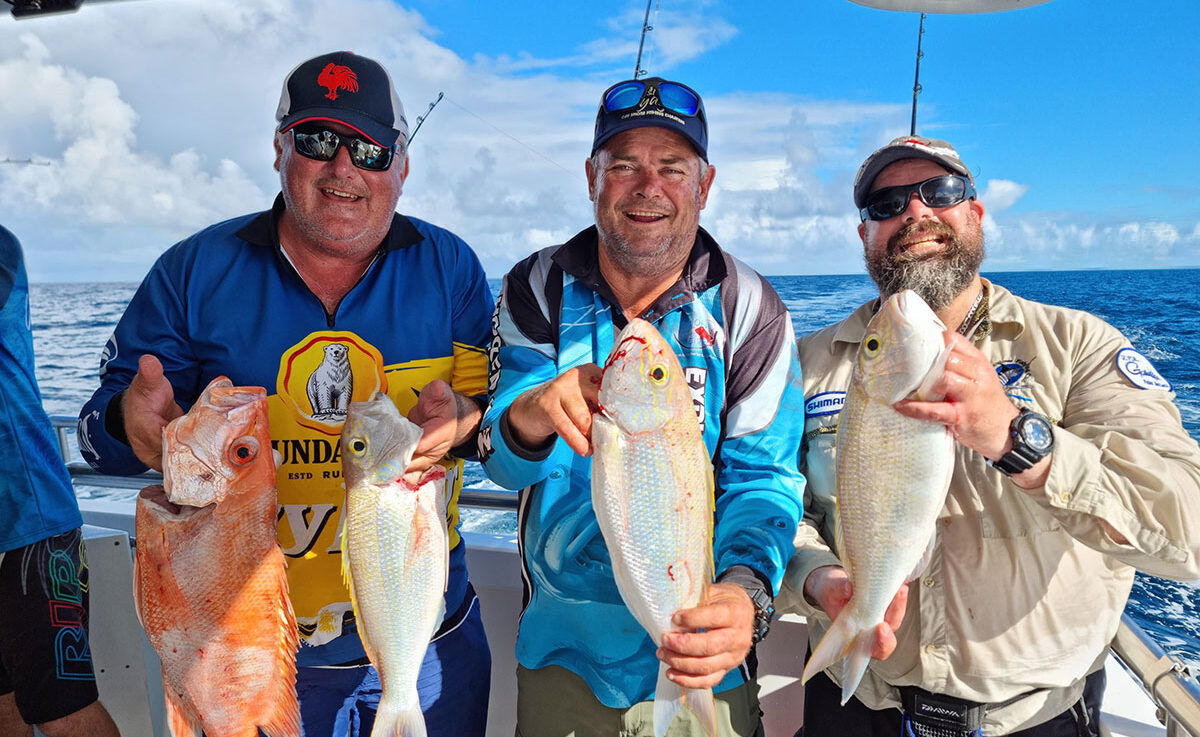 Average weather in April didn’t deter passengers reeling in a variety of fish with first time catches and new PB’s.

Early April saw Ryan and Vic’s team from Muswellbrook ticking off a variety of species caught including Blue Maori, Rock Cod, Coral Trout along with Red Emperor, Green Job fish, Hussar and Tuna. Often no take species are pulled up and sent back to the water and this weeks trip was no exception with Chinaman and Red Bass. Squid was also on the list of catches this week inking some of the guys and the boat!! Rick and Marty ended the week with the most catches with Marty also claiming the biggest fish with a 6.5kg Red Emperor.

Ken and the team from Cranebrook saw better weather on their trip landing some great catches of quality fish. There were plenty of the classics like Red Emperor and Coral Trout. Some of the other species landed during the week included the flowery Rock Cod and the Blue Maori Rock Cod, Gold Band Snapper, Green Job Fish, Hussar, Spanish Mackerel and Cobia. Tony claimed the title of biggest fish and also scored a new PB, landing a 10.8kg Red Emperor! Some of the other notable catches was Shaheed’s Spanish Mackerel which came in at 17kg and 1.5m, and Chris’ Cobia which came in at 11.2kg and 1.5m.

A great week of fishing was had with Dicko, Shane and fellow group members from Medowie with the highlight of the trip coming on the last day catching Red Emperor, Nannies, Snapper , Gold Band & Job fish out in the deep. The week was also highlighted by catches of Red Emperor, Coral Trout, Camo grouper, Cod, Snapper varieties, Hussar and Spanish Mackerel with some no takes of Barra Cod and Chinaman. Joe, Simon and George finished with the most catches for the week with Joe and Mark taking out the biggest fish titles. Mark reeled in a 6kg Red Emperor while Joe reeled in a 10kg Spanish.

We had a fantastic few weeks out on the water with these groups and look forward to having you on board again soon! 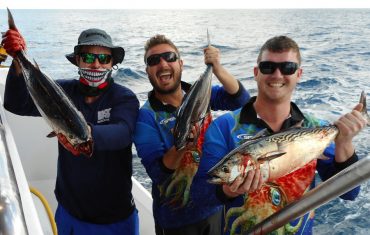 Swain Reefs, big fish and great weather – what more could you want 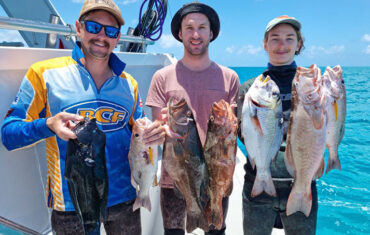 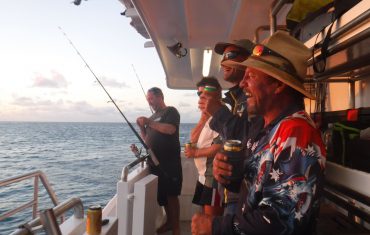 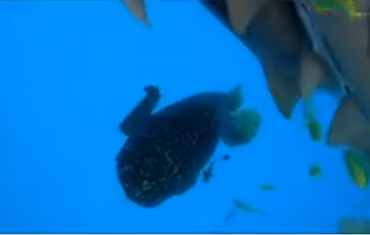 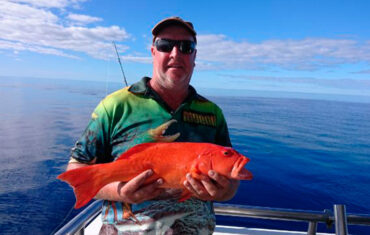 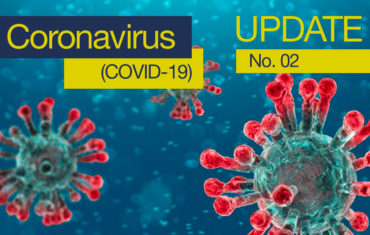 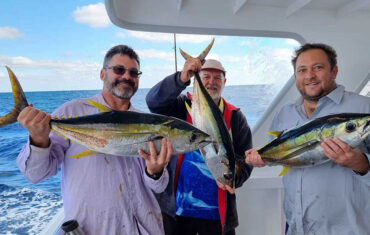